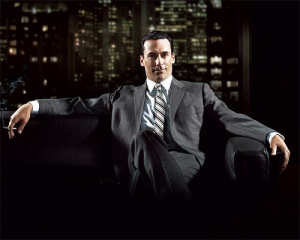 “Wait… Did I Just Learn Something?” This is one of the many great questions the show Mad Men has to offer us. Mad Men supplies viewers with a cast of brilliant actors that bring the 1960’s to life. Also, in case anyone who wasn’t there was wondering, like myself, it was a much groovier time. By weaving the turbulent times of that decade in with the delightfully flawed lives of Madison Avenue executives, Mad Men has captured something extraordinary. Originally slated for a four year run, the demand for this series was so enormous that it forced a return to television in 2012 after a two-year hiatus. Since its triumphant return, our favorite New Yorkers have done a lot to educate and entertain.

Now, don’t run screaming because someone mentioned education. It is permissible to enjoy a learning experience once in a while, I assure you. The 60’s, with its flash, bright colors, drama, and mind expansion, prove to be a time worth taking a second look at. This was the era that ushered in the counter culture, the Kennedys and, perhaps most importantly, the mini skirt (which I’m sure was a Kennedy favorite). However, the joyous pomp and circumstance was stuck in and around a canvas of hate, racism, and death.

I know, I know—this is grim, but there is something to learn from it. From the death of Jack and Bobby to Martin Luther King Jr., the sixties saw its fair share of history making moments. This series has helped show us what it was like to be a citizen of the sixties and stop in our tracks when the news of Kennedy’s death flashed across the screen. It showed in a recent episode titled “The Flood”, the major set back to civil rights that occurred when a hero was struck down in Memphis.  These moments and the people involved in them should be taught to all. Now, the show must go on and the characters in the series must continue to develop, but isn’t it nice to have a show in a primetime medium that at least introduces a little history to the class? I think so.

It is impossible not to see an important message or learn something valuable from Mad Men; even if you tune in just to peep a few hot chicks in blindingly bright outfits that make you wonder if Ray Charles designed them. In closing, class, take a momentary break from “Honey Boo Boo” and check this show out. If you are already followers, keep on keeping on because after five seasons and almost an entire decade being covered, I’m still in love with this series.

Stay Glued to the Screen,