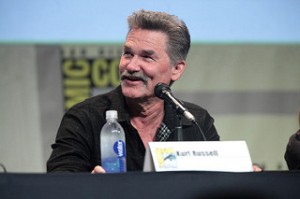 Here’s the benefit of having your very own website… you can post about whatever you want. In that light I’ll keep it short and sweet. John Carpenter’s cult classic Big Trouble in Little China just celebrated its 30th anniversary. Helmed by Kurt Russell this film centers on a truck driver doing battle with a sorcerer in the subways of New York. The plot alone spells masterpiece.

Sadly the flick was an awesome disaster at the Box Office. Apart from some negative feedback from the Chinese community it faced some major competition. Released the same year 1986 were the following movies Top Gun, Aliens, Stand By Me, Platoon, Highlander, Labyrinth, and Pretty in Pink. Labyrinth developed a similar cult following over the years yet still out produced Big Trouble. Against this slate of films it would take one hell of a flick to rise to the top.

Big Trouble did have a special quality to it, which can’t be denied. In fact over the years it’s developed such a following that it actually garnered itself a remake. Such is the clamoring for a reboot that non other than Dwayne “The Rock” Johnson. I doubt he will bring the lovable “John Wayne” impression that Kurt Russell donned. Further, it will likely lack the heavy Chinese elements as well. Mysticism will abound and hopefully be somewhat hokey.

While being panned for its stereotypical depiction of Little China, Big Trouble was fun and unique for the time. Most of John Carpenter’s work is off the beaten path but finds an audience one way or another. Does it deserve a remake? By virtue of its entertaining and wild premise I say “Why not”. That being said the most recent remakes of John Carpenter’s works have sucked dead air. They lacked an original vantage point and abandon the elements that made the originals a success. The most obvious were Halloween and The Thing.

Both of these were brilliant films in the 70s and 80s but their New Millennium counterparts came up wanting. When looking for originality and interest I refer you to the pitch for the movie itself, “A truck driver fights mystic forces in Little China”. Everyone should see this movie.

One thought on “Big Trouble in Little China: 30 Years Later”