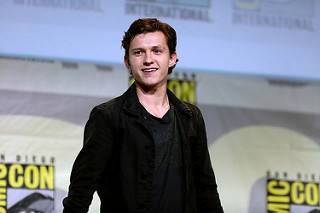 Tom Holland is the closest we’ve come to a perfect and well-rounded Spider-Man. In the past we have had great Peter Parkers and great Spidermen but never from the same actor. Tobey Maguire provided a pitch perfect Peter Parker acting both in tone and nerdish behavior. His downfall was a poor third act and the fact that he looked 60 years old upon taking the role. Following him almost instantly was Andrew Garfield who proved a witty Spider-Man. His banter with foes reminded us all of the comics yet his Parker was ridiculous. Garfield was a heartthrob, which anyone who has read a Spiderman comic would understand is the opposite of what is needed.

Spider-Man Homecoming marries the best of all worlds. It’s been so long since there was a functional and broad appealing hero in Manhattan. In fact the cartoon circa 94 was the last. It contained perfect depictions mirroring the comic book renderings. Being SONY’s only profitable hero in this post Avengers world made him a constant screen presence.

Many expected Spiderman’s frequency on screen would spell disaster for Homecoming. Instead this films strong performance puts that ridiculous notion to rest. No one has grown tired of seeing the arachnid themed hero swing about. To the contrary after his bit performance in Captain America Civil War the world clamored for this iteration to get his own film.

As for Homecoming itself the flick was perfectly cast and ran like a dream. The pace fell and rose in all the right places. More importantly and to the point most rare these days it was original and interesting. Some of the familiar tropes apply yet they were presented in excellent fashion. This rare bit of brilliance came in the form of a car ride. The most compelling art of this entire film was the ride from Peter Parker’s date’s house to the homecoming dance.

When Michael Keaton aka the Vulture shows up as Peter’s prom date’s father the crowd erupted. The best acting and most tension filled sequence didn’t involve costumes of webs. It was just two actors acting. Everyone in that car was acting in a different movie. Holland was burned with the knowledge of his girlfriend’s father’s true identity. Laura Harrier was playing a teen happy to be dressed up and going to a dance. Meanwhile, Keaton portrays both a doting father and an evil villain while driving to a dance.

Keaton has always been able to portray subtle mania and does not disappoint here.