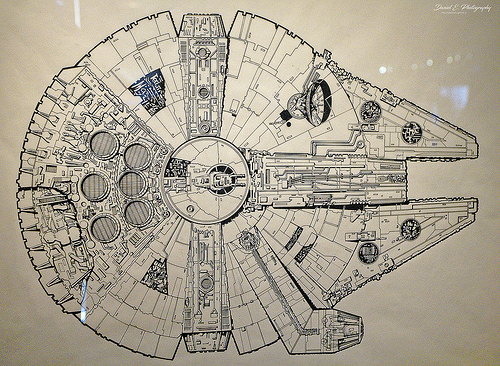 Released on the Forty-first anniversary of Star Wars: A New Hope it doesn’t match that deified film but makes a strong entry. Solo takes a minute or two to get its legs but quickly begins to tell a story that’s familiar and unique all at the same time. Han Solo is the scoundrel we love and the pilot that thrills but his story has largely been a mystery. For those of us nerds who read the books we’ve been enlightened as to some of the smugglers adventures. The original trilogy gave us several pivotal moments to look forward to. The Kessel Run, Meeting Chewy, and Winning the Falcon.

Solo delivers all three! Frankly, it seems like they should have held back a little for a potential sequel. All three of these revelations were handled in expert fashion. Chewy was introduced and forged a believable bond with Han. The Kessel Run was the main mission of the flick. Han’s first smuggling mission made use of the iconic (I never thought I’d be smugglin’ myself in them) hidden cases. The only weak link in the chain was winning the Falcon from Lando. While Donald Glover was pitch perfect as a suave smooth talking young Lando, I always envisioned a higher stakes event. Remember at Cloud City Billy Dee greets Han with a reminder about the stunt he pulled. Well, the stunt was fairly minor.

Beyond that the cast was great and the story was a classic heist with a space twist. Woody Harrelson acts as mentor setting Alden Ehrenreich (young Han) on his path. Emilia Clarke as love interest provided a formidable and feminine partner. Paul Bettany was the surprise of year hitting every note we assume a human Jabba would hit. Menacing and eccentric Bettany operated as a believable gangster.

If there is one problem all these Star Wars side stories have is that we all know who makes it and who doesn’t. That said Ron Howard managed to ramp up the tension enough to have us on the edge of our seat at several moments throughout. The most exciting revelation was the return of a long-lost character from the Star Wars universe. As a matter of fact, it is perhaps the only successful character from prequals Darth Maul. Shown in shadow the director gives us a look at some bionic legs to get us thinking. Moments later he is revealed and we are ready for 10 more sequels regardless of how this one turns out.

His appearance in this flick goes to show the importance and impact the animated series has had given that was Maul’s resurrection. There are more questions to answer but fun was had by all and these side stories might have to take precedent over the direction this new saga is taking.