John Hurt died with over 200 titles to his name. That doesn’t just happen to any actor. That happens when you have a man who could play every emotion in the human lexicon. His turn as rich in the 1960s “Man For All Seasons” put him on the map. He played character so ambitious that you understood him and hated him all at the same time. Just not long after he plays the lead character in the film adaptation of the Orson Wells novel 1984. He was weak but determined to discover the lies his government was telling him. Again seamlessly conveying growth of spirit and emotion in front of the camera all within two hours. In recent years he played the lovable Wand maker in the Harry Potter series. Now reaching an entirely new generation of viewers and fans his talents will be remembered for decades to come. The parents who enjoyed his early work and the children who recognize him from Harry Potter, V for Vendetta, and Hellboy will keep him on their screens for a long time to come. P.S. his chest bursting performance in Alien was a giant leap forward for the genre and practical effects.

Bill is best described as the cartilage of any movie he is in. Whether he is the lead or a secondary character he is bringing something deep and meaningful to the role. His usual manic style always lends an extra spark to the flicks he’s in. His role in the 1980s sequel Aliens exclaiming, “it’s over man” repeatedly as Ripley attempts to brief the crew on the creature they’re preparing to face put us all on edge. A personal favorite of mine is a film called Near Dark where he stars with Aliens alum Lance Henrickson as roaming vampires. His charm and goofy Creepiness made this cult classic a must see. Not every actor can claim to be in as many hits as Bill Paxton. While he may not have always played the lead your eyes and your attention we’re definitely drawn to his performance. He is also one of only two actors ever killed buy an Alien, a Predator, and the Terminator.

Chuck Berry is the truth father of rock’n roll. Let there be no mistake when jazz and rhythm and blues we’re slammed together they created this beautiful bouncing rocking baby. Chuck wasn’t satisfied with just making a new sound he also created a whole new look. His duck walk across the stage while singing “Johnny Be Good”, set the world on fire. With such contemporaries as Elvis Presley, Jerry Lee Lewis, and Little Richard, why Chuck Berry stands head and shoulders above them all.

There will never be another like Don Rickles. The so-called insult comedian was actually one of the warmest people ever on stage. He pushed the boundaries of race, religion, and status in a time when the country was most divided on all three issues. Staying relevant from the beginning of his career to its conclusion he continued to be the only man who could still push those boundaries. Don was the inspiration for too many young comedians to count. His style and his friendships with such stars as Dean Martin, Frank Sinatra, and tonight show host Johnny Carson defined an era. It will be sometime before another comedian or public figure of any stripe we’ll have such a command of the entertainment industry. When I say command I refer to his effortless ability to cross all worlds and appeal to the largest possible audience. His voice and tone is recognizable to almost every generation. 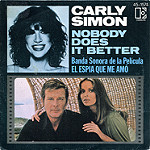 James Bond has undergone many changes throughout his long career. None of these changes were so pivotal as when Roger Moore took the reins. He brought a completely different style to the role, his charm and comedy. The world was used to Sean Connery’s portrayal of the spy as serious and focused on the mission. Roger Moore brings a boyish charm to the character that attracted an entirely new audience. Subtle changes occurred as well. As Roger was a fan of cigars the character gave up his cigarette habit. Moreover, as he was older then Sean Connery at the time he took over the role we must all applaud his youthful and energetic portrayal. His films let us have fun while we sat and suspense waiting to see if you could save the world in time. He also hold the distinction of competing with the original Bond in the mid 80’s when Connery’s “Never Say Never Again” (a remake of Thunderball) while he was the James Bond title holder. More to the point he out grossed the competing film solidifying his place in the history of the character. Apart from his work as an actor Roger Moore was a tireless Ambassador for goodwill. Genuinely likable and seemingly without scandal Hollywood is missing one of its best representatives.