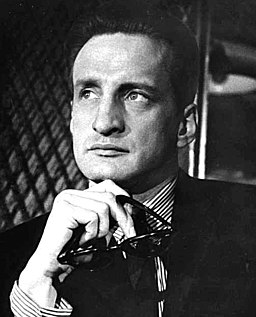 In the spirit of October and Halloween I tune into my usual horror selection. However, while searching through Amazon Prime for an unseen gem I discovered 1971’s The Hospital. The film centers around George C. Scott a severely depressed doctor who has grown apathetic to the ever-increasing unrest around him both within and outside the walls of his hospital. He is seduced back to life by a pretty young woman, Diana Rigg, just in time to be a key figure in multiple unsolved murders. Set against the backdrop of New York.

Director Arthur Hiller fresh off the success of 1970’s Love Story and the future director of comedy giants “The In-Laws” and “See No Evil Hear, No Evil” dives into this material by first amassing a genius cast. Given with the task of directing a film set almost exclusively in one location a director knows the choice of cast can make or break his film. This film could be considered the peak of George C Scott’s career. Only one year earlier he was noted for turning down the Oscar for his whirlwind and commanding role as general Patton. After this film his roles became largely made for TV dramas and choice selections like “The Changeling”. This also marks the American debut of actress Diana Rigg. She rose to fame and such British fair as the television series “The Avengers” as well as her role as bond girl in the exclusively European set “On Her Majesty Secret Service”. Younger fans would recognize her from her appearances on Game of thrones.

Continuing the theme of great and somewhat surprising cast members we see Barnard Hughes, Nancy Marchand and Richard Dysart. I love to write about movies that are totally cast driven. They tend to have great dialogue and showcase an actor’s true ability. Action films and this decade’s obsession with superheroes notwithstanding, a film like The Hospital should be on everyone’s watchlist. Barnard Hughes noted for playing grandfatherly figures such as his role on Blossom in the 80s. However, he is one of those character actors that can deliver both a crushingly horrifying performance while being equally empathetic. Bolstering the cast and providing a stern and serious rock for which the doctors meet their match is Nancy Marchand. She’s now almost exclusively remembered for her role as Tony soprano’s mother in the HBO series Sopranos. Those watching this film will certainly recognize some of her more miserable qualities. Finally, Richard Dysart delivers perhaps the most important performance of the film. He plays a doctor that is totally lacking in warmth and care for his patients. Consumed almost entirely with making sure their bill arrives on time. Be on the lookout for such up and comers in the 1970s as Stockard Channing, Christopher Guest, and Katherine Helmond.

The general premise centers on the idea that the medical establishment is truly uncaring and has become just another Cog the machine of life. Patients are misplaced and doctors use recently empty beds as locations for midnight trysts. A patient, Barnard, forced into a coma by a botched procedure awakens and has what he believes to be a revelation from God. His revelation is to murder the doctors and staff in such a way as to highlight the irony of their lives. For example, the admissions nurse only concerned with giving each patient a number and acquiring their insurance information is mistaken for a patient and giving an unnecessary surgical procedure leading to her death. She is killed by the very lack of identity she offers the patients. A doctor concerned with hitting on every nurse possible is mistakenly given an overdose via IV as he sleeps in the very hospital bed he just made love in. Yet another doctor is killed when given, I’ll be at secretly, a drug to increase his heart rate. He’s brought to the ER and told to wait and is simply forgotten to death.

The film has so many more interesting tidbits and revelations. The major theme is that compassion cannot be forced aside simply because the job begins to get overwhelming. The film plays exceptionally well in today’s world as the backdrop of the film revolves around the hospitals purchasing of local housing and forcing out its residence. The paradox is while the hospital will expand and provide more care to its neighbors it is at the same time forcing its neighbors out of the community. The drama of this film coupled with the horror of the murders committed and the humor in the irony in which they were committed make this an excellent film.